Get to know our interdisciplinairy team. 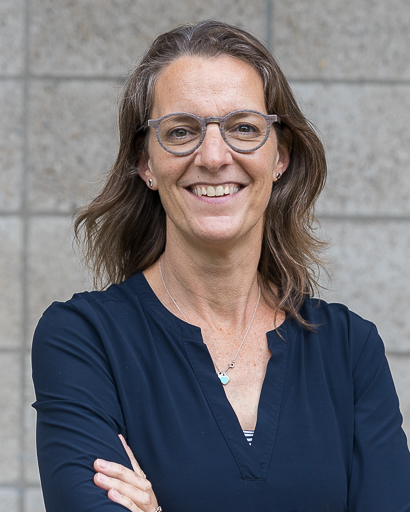 As lecturer in Ancient History and Classical Civilization at Utrecht University Saskia Stevens is specialized in the archaeology and history of the Roman period.  Her research focuses on the significance and physical appearance of boundaries and border landscapes in the Roman Empire.

Within Constructing the Limes Saskia investigates the function and impact of the limes in the Roman period. As the project’s PI, Saskia is responsible for the interdisciplinary collaboration between all academic partners in our team. She also maintains contact with the societal partners within our project, and ensures that our results are shared as widely and accessible as possible. 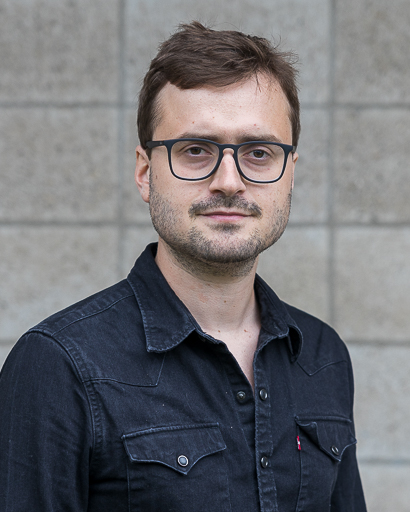 Gertjan Plets is associate professor in cultural history and archaeology at Utrecht University. Plets uses cultural heritage as a tool to explore cultural politics. As and archaeologists he also uses material culture and bioarchaeological data for the study of the human past. Plets has previously conducted archaeological fieldwork in Russia, Finland, Australia and Belgium. 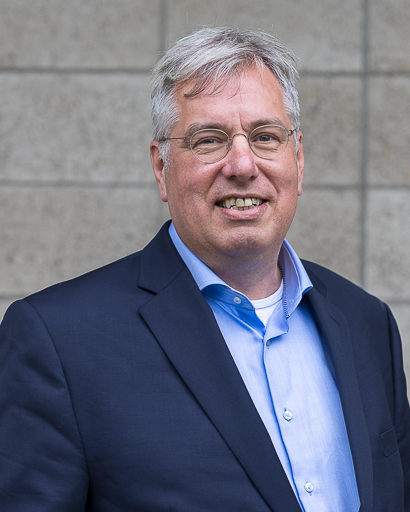 He focuses on transnational and transatlantic cultural history. He is fascinated by the way the past has been rediscovered and interpreted time and again.

Within Constructing the Limes, he focuses within WP4 Limes Heritage on how the Roman Limes has been rediscovered as an expression of national pride and civilization since the nineteenth century. He examines how heritage from the Roman period has been used to underpin notions of nationhood, race, civilization and borders. How has the growing knowledge and systematic collection of the Roman past contributed to scholarly debates on issues of migration, cultural exchange, technological innovation, citizenship and territorial authority? 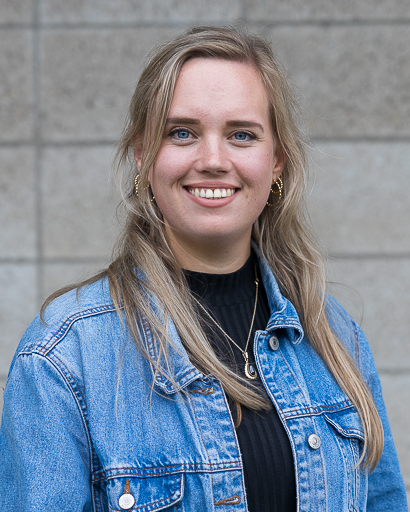 Lara Boon is the project manager of Constructing the Limes. Within the project she ensures that the preconditions of costs, quality, time, organization and communication are realised. Lara manages both internal and external communication, such as the website and social media. As a public archaeologist, she is also involved in the dissemination projects.

After a bachelor’s and master’s degree in History at Utrecht University, Lara worked for several years in the heritage sector and public archaeology for various organizations.

Koen Ottenheym is Professor of Architectural History at Utrecht University. His contribution to the Constructing the Limes project is aimed at the rediscovery of Roman limes by humanists, antiquarians, architects and their clients from the late 15th century to the 18th century along the entire European limes zone along the Rhine and Danube.

The central question is who was interested at that time, and why, for the local ancient past on both sides of the former border. Did they look for the origin of the people, the dynasty or the city in a Roman past or did they prefer to identify with the local ancient population (Batavians, Germans, etc.)? and what different ambitions were associated with these different strategies? And how was that knowledge used in new prestigious construction projects? 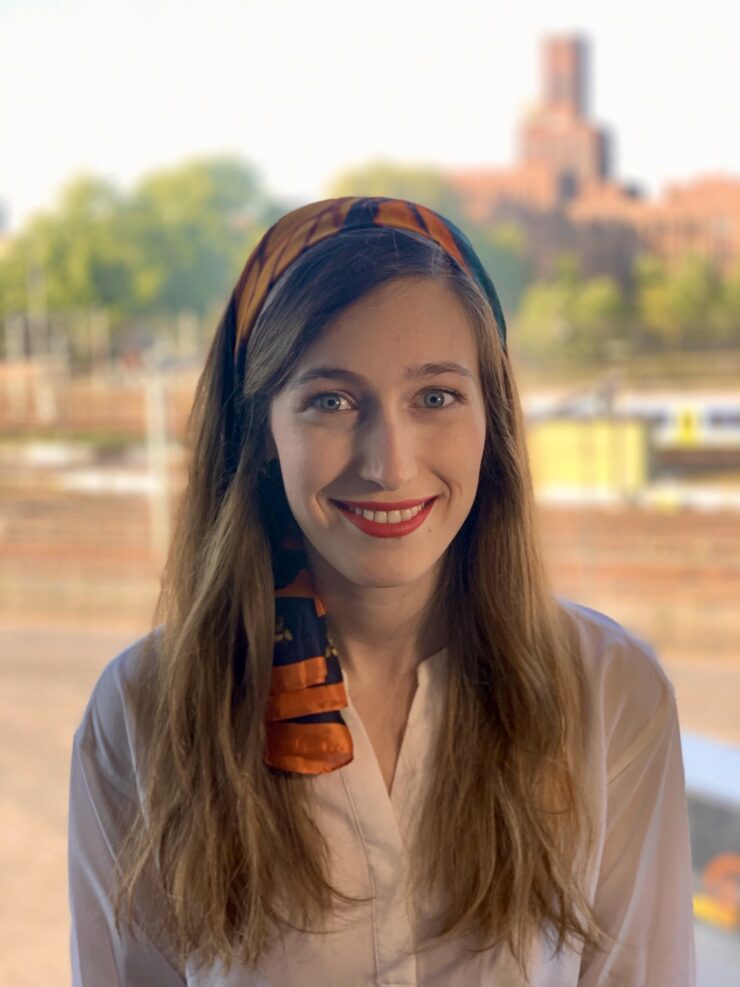 As an external PhD researcher at the department of Geography at Radboud University, she researches the EU border and migration policies. The objective of her research is to reconstruct the Roman legacy of the current dominant geopolitical discourse on borders and camps, as well the various Roman mythical symbolisms associated to the idea of territorial limits and cross-border movement. 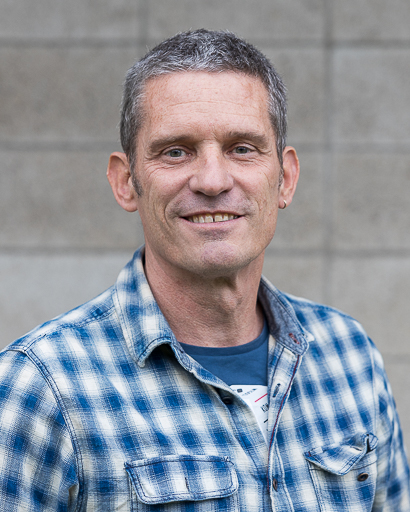 Wouter Vos is an archaeologist specialising in the Roman period. The past 25 years he worked along the Limes in Woerden, Vechten, Alphen a/d Rijn and Valkenburg ZH and obtained his PhD in 2009 on the Batavian countryside of the Kromme Rijn area. Since 2013, in addition to his consultancy and research office Vos Archeo, he has been working at Saxion Hogeschool (Deventer).

Saxion participates in Constructing the Limes from a practical, applied scientific point of view with an emphasis on technology. Objectives? 1) To identify by all kinds of techniques temporary Roman camps of which only two are known in the Netherlands. 2) To unlock ‘old’ Limes research which is hidden in archaeological depots, in order to make it ready for scientific research. 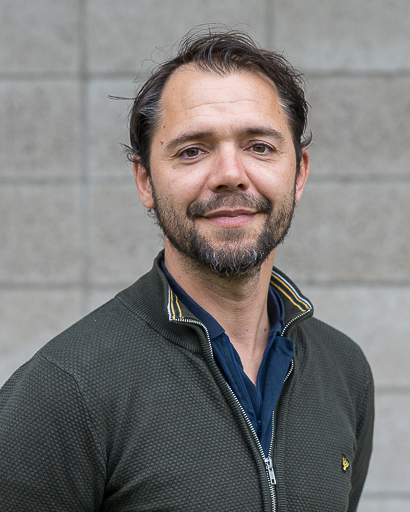 Jeroen Oosterbaan is an archaeologist who works as a teacher and researcher in the Archeology program at Saxion University of Applied Sciences. After studying Provincial Roman Archeology at the VU Amsterdam, he mainly gained research experience in the Nijmegen region. In this region he carried out a lot of archaeological research into urban and military settlements from the Roman period.

Based on his archaeological knowledge and experience, Jeroen will focus on research into temporarily used Roman army camps. In addition, he will have a coordinating role during the elaboration of archaeological, which will ultimately provide a better picture of the functioning of the Roman border in the Netherlands. 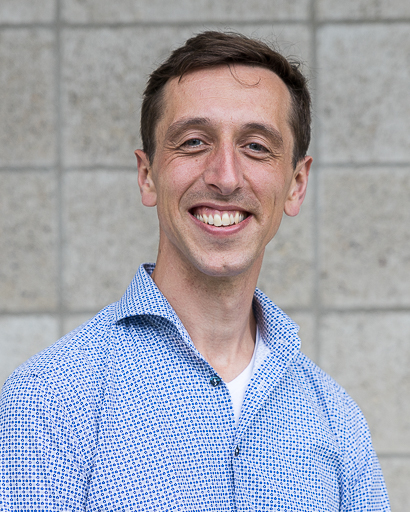 Dr. Arjen de Groot is based as senior researcher at the Laboratory for Ecological Genetics of Wageningen Environmental Research (part of Wageningen UR). Arjen and his team answer applied ecological questions using genetic tools, and are specialized in the application of environmental DNA (eDNA; DNA molecules left behind by animals in their environment (e.g. soil, water).

As part of Constructing the Limes, Arjen will try, in cooperation with UU and Copenhagen University, to use traces of such eDNA from archeological contexts (ancient eDNA) to search for the presence of pathogens and agricultural crops, to better understand feeding habits and disease spread in Roman times. 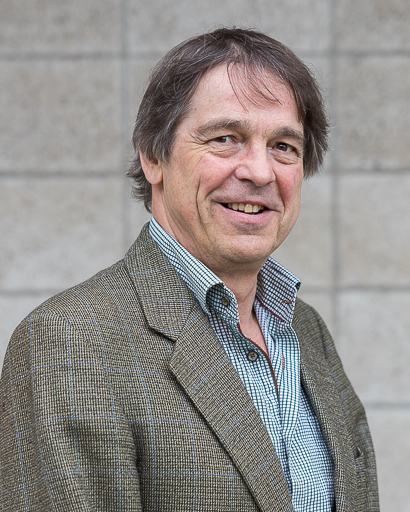 Professor Gareth R. Davies (Earth Science, Vrije Universiteit, Amsterdam) specialises in the application of geochemistry to understand formation of rocks and the environment. Over the last decades, he has built up a world leading group that has developed and applied state of the art isotope geochemistry techniques to constrain palaeomobility patterns and diet of humans and animals. He also studies trade of pre-colonial jade in the Caribbean and the manufacture and distribution of metals and pigments from pre-history to modern times. Davies leads work package 3. 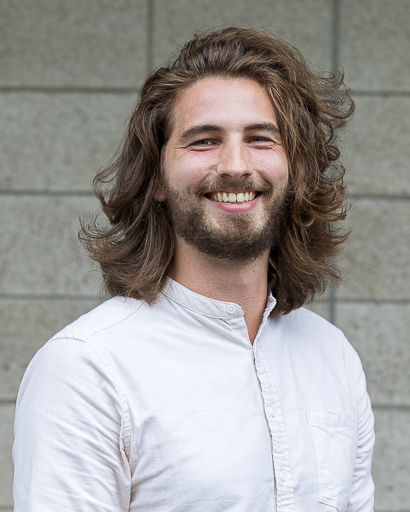 The limes, the boundary of the Roman Empire, played a crucial role in the bordering, ordering, and othering of various European imagined communities in the nineteenth century.

In the Constructing the Limes project, David van Oeveren researches the evolving imagination of the Roman borderlands from 1815 until 1945 and chart the impact of political developments (e.g. secession of Belgium), cultural ideals, religious politics, and the colonial experience. 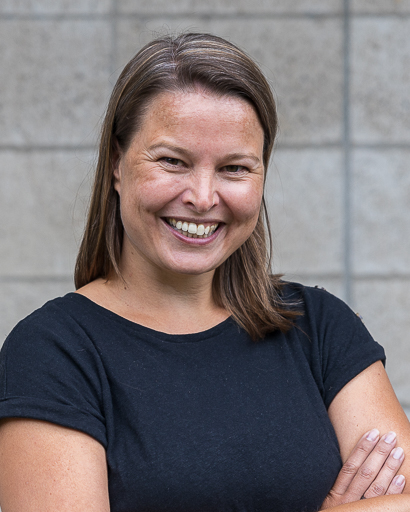 Within the Constructing the Limes project she will upgrade the existing Sr isotope isoscape of the Netherlands. These new data are essential to study human mobility patterns within the limes borderscape  and, in combination with the e- and aDNA data, will shed light on the nature of interregional migration and the border-society-mobility nexus. 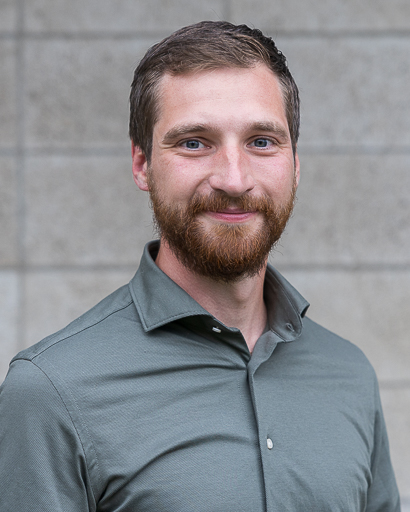 Trained as an archaeologist at Leiden University with a specialisation in Provincial Roman Archaeology, Arjan Ruiter worked in contract archaeology for a number of years.

As a PhD student within Work Package 2 of Constructing the limes Arjan will be looking at the connectivity between the Roman provincials and peoples from the opposite bank of the Rhine. His research focusses on the cross-border distribution of carefully chosen artefacts in order to explain the nature and impact of the limes on communities living on either side of the border of the Roman Empire. 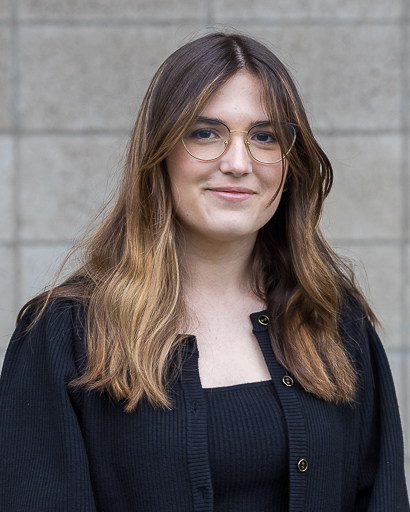 Within the Constructing the Limes project, Maura works as a doctoral researcher. Her research will focus on the construction of mobility and diet along the Limes through multi-isotope analysis of the human remains. 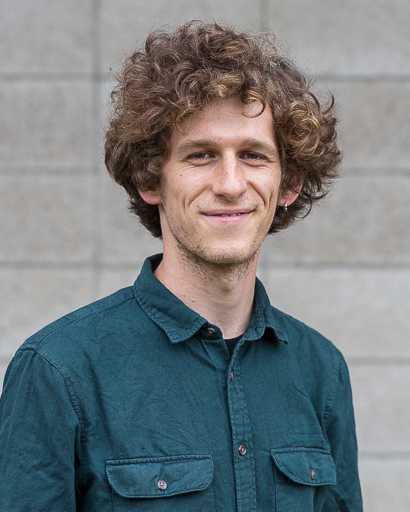 Luuk Winkelmolen is a researcher at the department of Geography at Radboud University Nijmegen. Within the Constructing the Limes project, he researches the philosophy and contemporary meaning of the Roman Limes. Specifically, from the perspectives of political geography and geopolitics, he studies the legacy and interpretation of the Roman era for our contemporary thinking about territories, borders and migration. 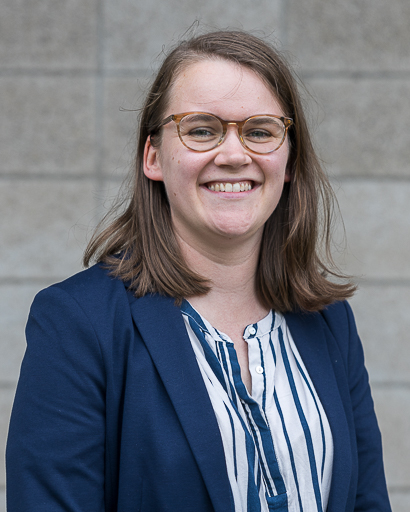 Anna van der Weij has been affiliated with Utrecht University since 2021 as a PhD candidate in the interdisciplinary project Constructing the Limes.

Her research focuses on the functioning of the border area around the Lower Germanic limes, from the Northern Netherlands to Northern France, during the early Roman Empire. She is interested in the impact of the inhabitants on the landscape and vice versa and studies, among other things, religious practices in the research area.

Her broader research interests include Roman religion, archaeology and history of the Roman Imperial era, particularly with regard to identity and Roman Britain. She particularly enjoys working with geophysical, epigraphic and numismatic data. 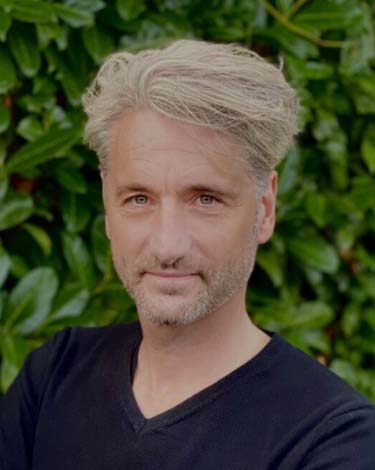 Henk van Houtum is professor of Political Geography and Geopolitics at Radboud University Nijmegen and head of the Nijmegen Center for Border Research. Within the Constructing the Limes project, he leads the research on the border philosophy and contemporary geopolitical significance of the Roman Limes. Using a political geographical and geopolitical perspective, together with Paschalina Garidou and Luuk Winkelmolen, he investigates how central concepts from the Roman period, such as empires, territories, borders, barbarians, and camps, live on today and are interpreted in the thinking and debates about borders and migration. 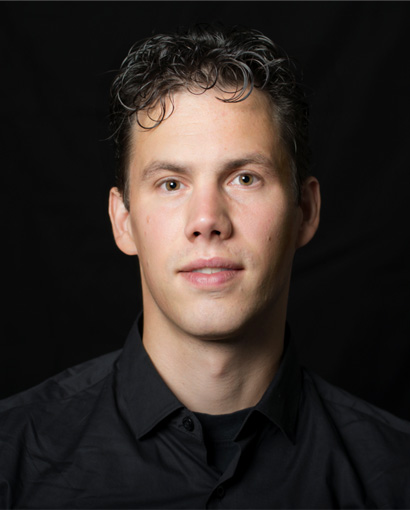 Stijn Heeren is assistant professor of archaeology at the Vrije Universiteit, Amsterdam. In addition to teaching, he is project leader of the PAN programme (Portable Antiquities of the Netherlands), in which archaeological artefacts collected by private individuals are documented and published online.

In Constructing the Limes, Stijn Heeren coordinates work package 2: Limes archaeology. Exploring the limes as a divider or connector.

The main research interests of Stijn Heeren are rural communities, their settlements, cemeteries and material culture, from the Late Iron Age into the Early Middle Ages, roughly the period 250 BC to AD 1000. Metal artefacts, the Low Countries and the Late Roman period (3rd to 5th centuries) have his special attention. 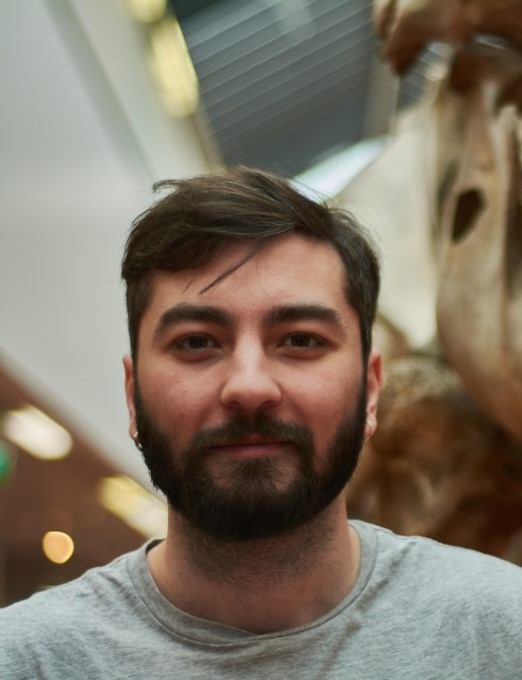 He worked as a lab technician at Pinhasi Ancient DNA Lab for 3 years and gained knowledge on paleogenomic studies and involved plenty of international projects that aimed recovering ancient DNA from anthropogenic environments.

He is now part of the group which works on developing standardized method for obtaining ancient environmental DNA within the Constructing the Limes project. 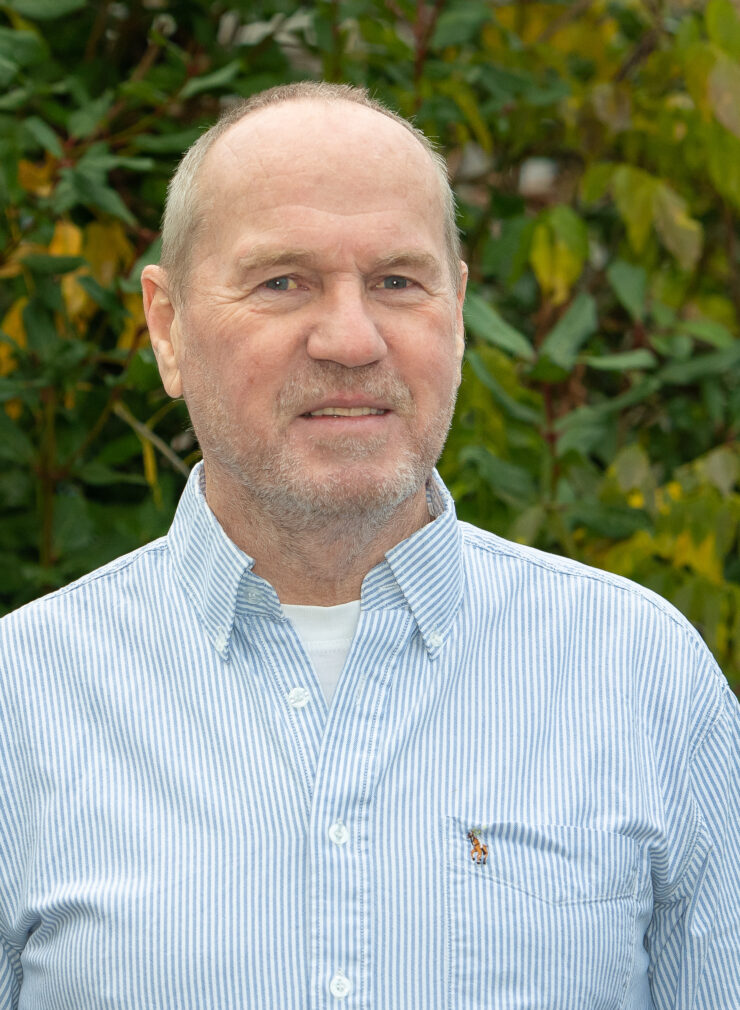 Wil Kuijpers is an amateur archaeologist and a member of the association De Detectoramateur (DDA). He is author of several publications on drowned castella in the Gelderland river area, including the book ‘The Roman castellum in the Loowaard’.

He is currently doing research on a still unknown Roman military complex near Spijk, where the Rhine flows into our country. His goal is to complete the study with a publication in the coming years. 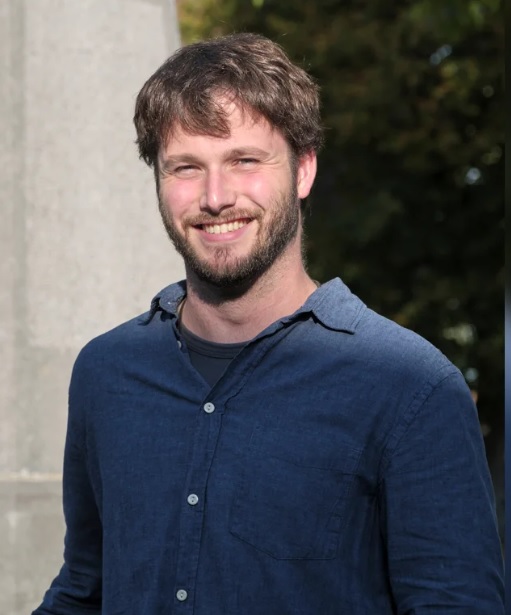 Vick Hermsen studied archaeology at Saxion University of Applied Sciences (BSc) and the University of Groningen (MA). He is a finds Liaison Officer at Portable Antiquities of the Netherlands (PAN). PAN is an online database in which archaeological objects in private possession are documented and published. 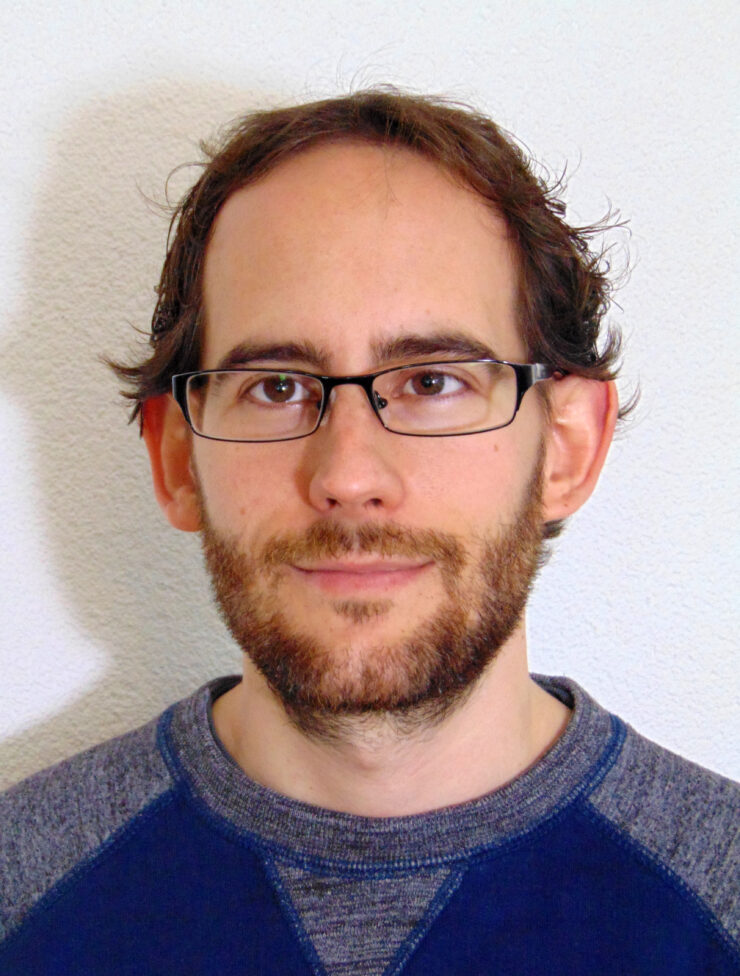 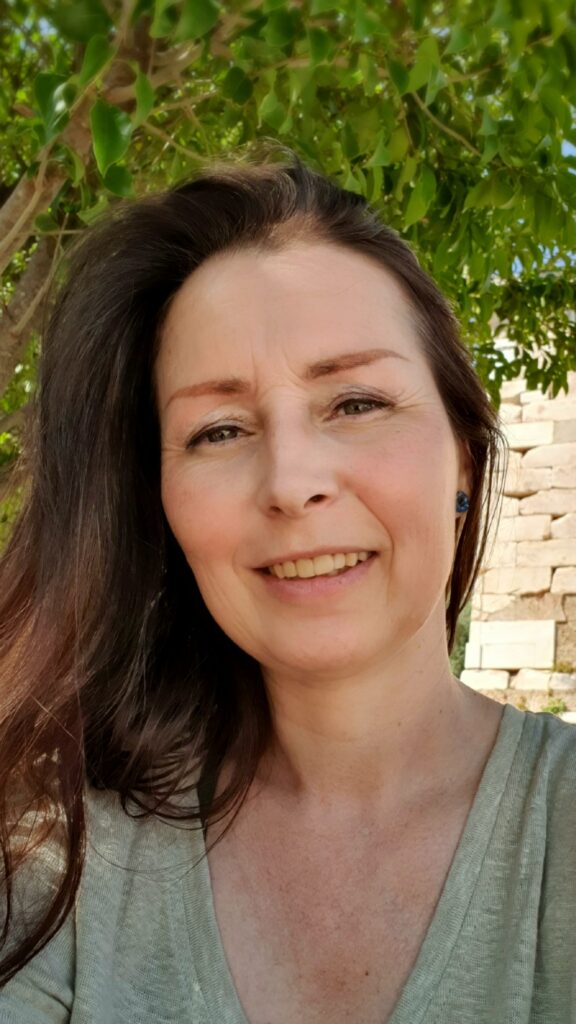 As an intern from September to November 2021, she wrote eight short articles about the Lower Germanic Limes for the Constructing the Limes project and Roman Limes Netherlands (RLN), which were published on the website romeinen.nl to create more interest for the Limes among a wide audience. 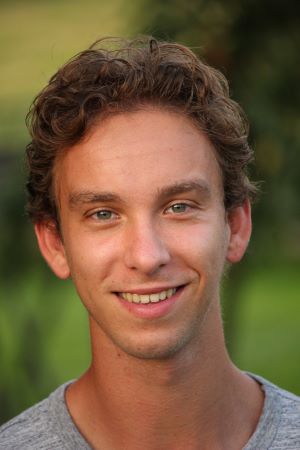 Alessandro Favrin is a Research Master student at Utrecht University. In his study Ancient, Medieval and Renaissance studies he mainly focuses on the nature of the emperorship of Augustus.

Within Constructing the Limes, as part of a Master Apprentice (from July 2021 until February 2022), he conducts research into Roman gravesites in the southern Netherlands. For this he is building a GIS database to create a platform for the other researchers to work from.